It was in Europe where Juan finally consolidated himself as a professional cartoonist. Eventually, moved into comics as a full time career. He dedicated 24/7 to drawing comics.

“There was a need for professional expansion, to see other things. I thought: I go, I carry my drawings under my arm to show them around, and besides, I know Europe”

AS DE PIQUE (PIK AS)

In 1977 in Argentina, he was commissioned to illustrate the war cartoon As de pique with screenwriter Ricardo Barreiro.

It was with the comic series As de Pique that Juan Giménez became well-known. His series Pik As described as «a comic encyclopedia of World War II». It went viral and both Barreiro and Giménez rose to fame.

It was this momentous event that led these two casrtoonists to decide to emigrate to Europe together. 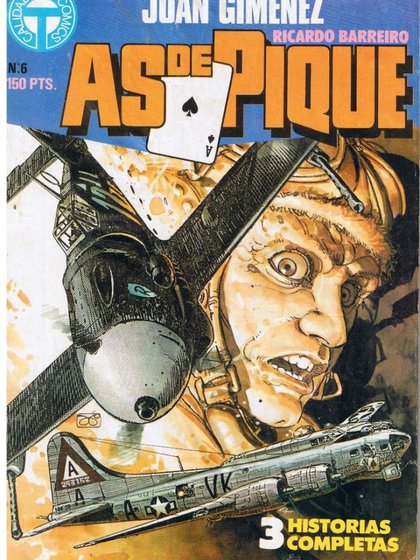 They went to Italy where As de Pique was successful. Then they moved to France, where also found good job offers. The idea of creating “La Estrella Negra” came up during his trip to France. The first long comic series in color. «La Estrella Negra» was a space opera heavily influenced by Star Wars.

“We were all science fiction enthusiasts with our brains turned by Star Wars. So we said: let’s stop fighting this, let’s do a Star wars type …”

Juan Gimenez moved to Spain, while Barreiro stayed back in France. They received a job offer from Claude Moliterni, the Director of Dargaud. However, around this time, Barreiro stopped communications and Giménez set out to create his own script, which ended up becoming “El cuarto poder”  (The Fourth Power).

When Barreiro showed up again, they went to Dargaud and presented their work of “La Estrella Negra”. However, Moretlini postponed their project. It wasn’t until the 90’s that “The Fourth Power” was published by Dargaud. Later, it was edited by Toutain, and by Norma (in Album in 1999).

The Fourth Power is the story of an imperfect society, of an endless futuristic war without a hint of hope. In fact, Giménez confessed that he avoided happy endings as much as possible. This is how he explained during an interview:

“I celebrate intimately when I watch a movie where the character goes wrong and loses. Because even if he is a hero, things can go wrong and fail. And in this case I followed this pessimistic principle. On the other hand, sometimes I’m afraid of being a moralist.” 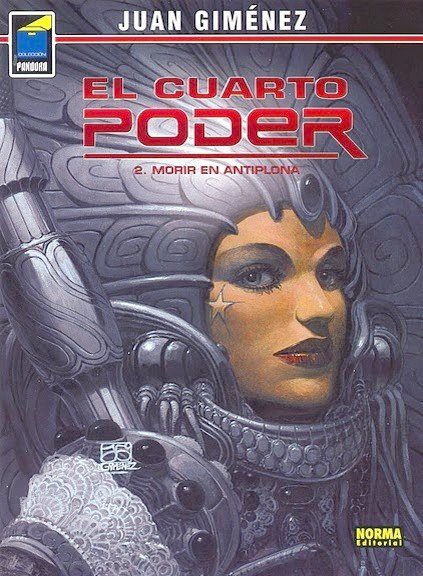 In the rush to find another, Giménez accepted a job proposal from the American Publisher Heavy Metal. He moved to Canada in 1980. He designed the «Harry Canyon» segment of the movie Heavy Metal.

After working on the film Heavy Metal, he completed “L’Étoile Noire” (La Estrella Negra) edited by Glénat. This film became his first album in France. Simultaneously, he also concluded As de Pique for Italy. 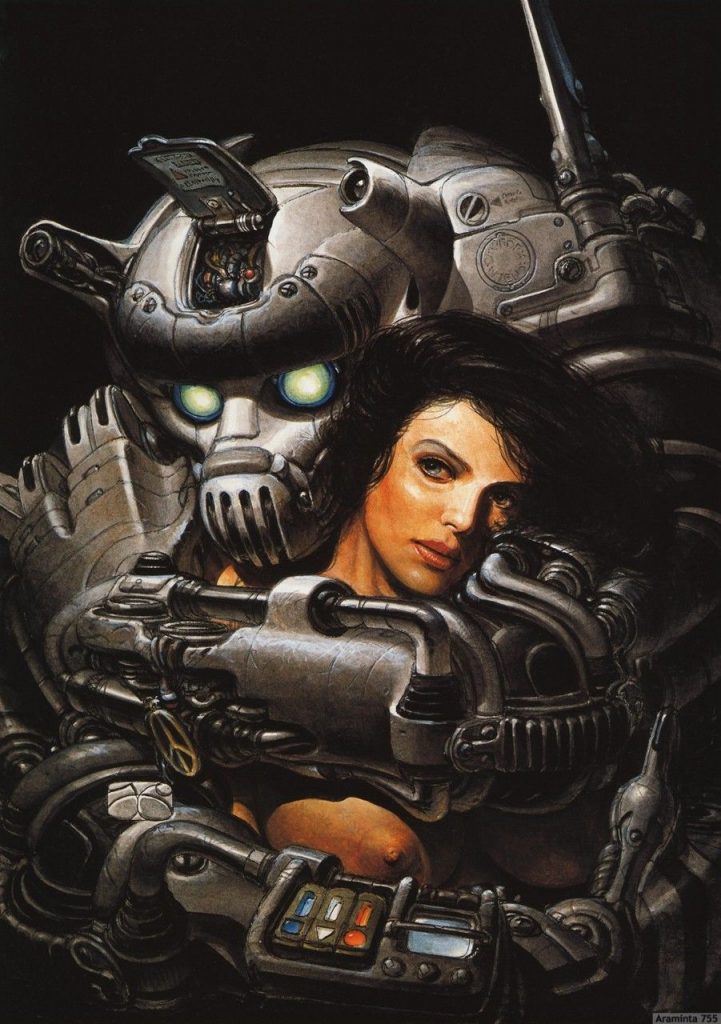 His third long project with Ricardo Berreiro was Ciudad, first published in Italy and then published by Toutain Editor in Comix International magazine in Spain. It is a post-apocalyptic science fiction where in the protagonists are lost in a strange world they do not know how they got to.

The intriguing script by Barreiro, together with the splendid work by Giménez, compel the reader the reader to participate in the experiences of Jean and Karen in the «city» where beautifully represents fictional worlds with his extraordinarily detail drawings. The Eternauta in the last story is worthy of special mention.

A work full of tributes to the classics of science fiction, either to classic Hammer monsters or to top works of the Argentine comic, to highlight a few.

Ciudad shows us what could happen to us if our monotonous life were transformed into a surreal journey with no apparent end.

His stories reveal an enormous fascination for military paraphernalia. Paradoxically, all of the stories to serve a deeply anti-war narrative. His passion for this theme has always been a duality for the artist. 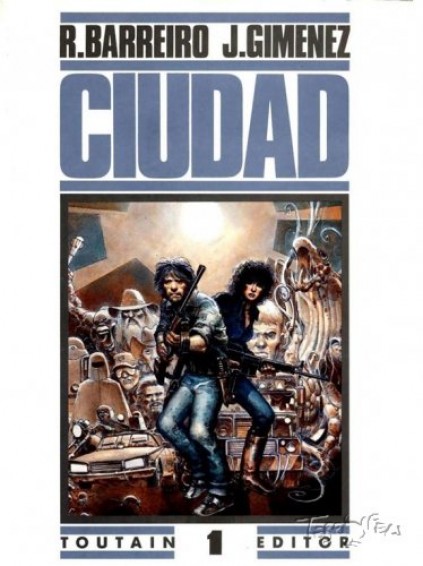 “A Question of Time”  is the title of an anthology published in 1982 by Toutain Editor.

It was in the short comic books for Toutain Editor when Gimenez matured as a colorist. Specially in the comic “A Question of Time” work he experimented and improved with watercolor.

This album is a collection of seven short stories written, drawn and coloured by Giménez. All stories were published in the 1984 magazine, and except for the last one titled «Residuo», the thematic unity in all of them is undeniable. «Cuestión de tiempo» is the first work wherein one experience is a whole, complete artist.

Another topic that interested Giménez within science fiction were temporal paradoxes; It is this theme that he dealt with in “A Question of Time”.

“That game with the time is attractive to me, the idea of ​​being able to alter time and relive it again or anticipate it, is fascinating.”

He also confessed that this project was a whim to use Western. His only western of all his work, adapted to the idea of ​​a temporal paradox. 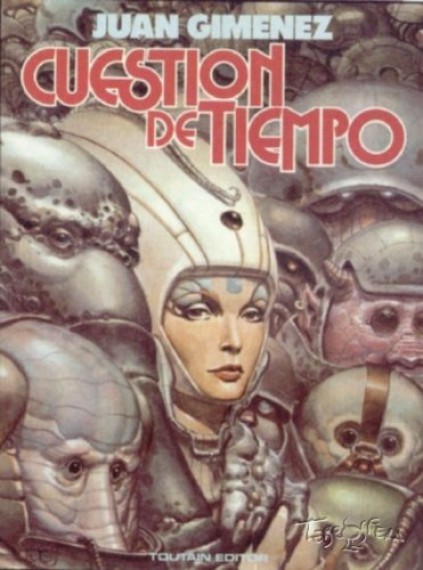 His next album was Eternal Game written by Lorenzo Díaz, it brings together the second batch of short comics to Toutain. The most cherished cartoon was “La princesa dormida”.
He improved his colour technique and dared to work on subjects he had never worked on such a fantasy, the medieval age, etc.
«Eternal Game2 went on to receive numerous awards.

Initially, BASURA was published in colour by Toutain (first in Zone 84)Later on, the artist adapted the pages to black and white for its Argentinian edition in Fierro magazine.
By comparing the two versions, we can establish the versatility of Giménez. he was as comfortable in the raw ink and his fiercely organic stroke, as he was with the metallic tones that are so characteristic of him. 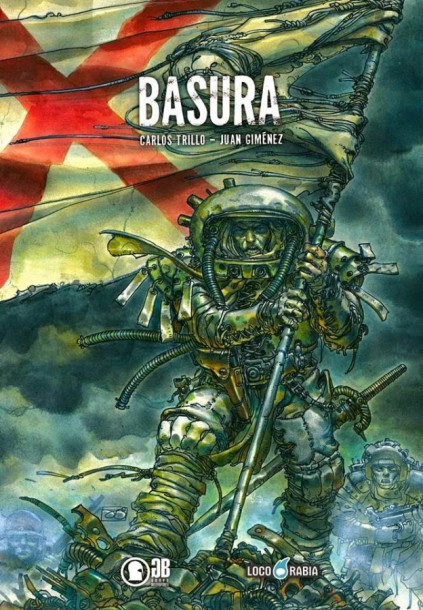 ABC newspaper was looking for a youth comic. Leo Roa’s first comic was published by them. So, Giménez created a light version of the comic. It was about a young character, a journalist of the future was a little botched up.

In 1988, the full version of the comic, titled “La Véritable Histoire de Léo Roa” (with its erotics parts) was published by Dargaud. During the early 90’s, Giménez recreated this very album for Zona 84 magazine in 1991, the second part of this comic book, called “L’Odyssée à contre-temps” was published by Les Humanoïdes Associés. It presented the same main character, along with some more new characters to expand the scope of their action. 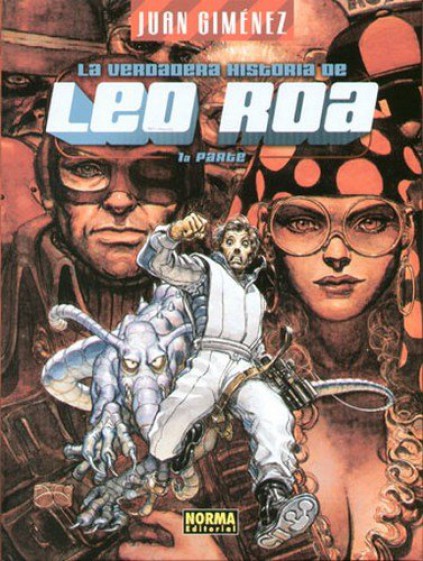 LA CASTA DE LOS METABARONES («The Saga of the Meta-Barons»)

When Gimenez was working with Les Humanoids Associés on the second album of The Fourth Power, they proposed to him to work on the popular Metabarons comic series with the Chilean film master Alejandro Jodorowsky. The series ran from 1992 until 2003.

The first appearance of a Metabaron (chronologically the last of the Metabaron) was in May 1981 in the comic series «El Incal» where he was a minor character. It was when Juan diagrammed those 8 pages (which ended up becoming 12). When the publisher came up with the idea of creating the ancestors and the genealogical tree of the Metabarons instead of only portraying their adventures.

This project turned The Saga of the Meta-barons into a unique comic series away from the shadow of Moebius who was the visual creator of the characters.

This saga consists of 8 albums, the last one of which was published in 2003, under the name of  “Sans Nom, le Dernier des Métabarons” (“Nameless, the Last of the Metabarons”)

Juan Gimenez confessed that after having drawn so many Metabarons for so long, he had begin to need to take up his own projects that he had left halfway through.

One of his old aspirations had been to create a comic book about aviation; and to draw machinery from World War II with a story that had a well-founded background, in line with the styles of Oesterheld and Barreiro. 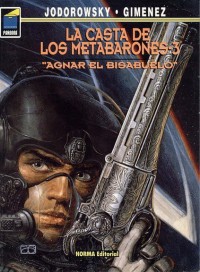 While the Metabaron series progressed from one album to the next, he created the comic book “Elige tu juego”  to detoxify himself a little bit. This was published in 2002 by 11:11.

«I was very attracted to making a story within the world of videogames, but distancing myself from the typical virtual reality helmets and stuff …» 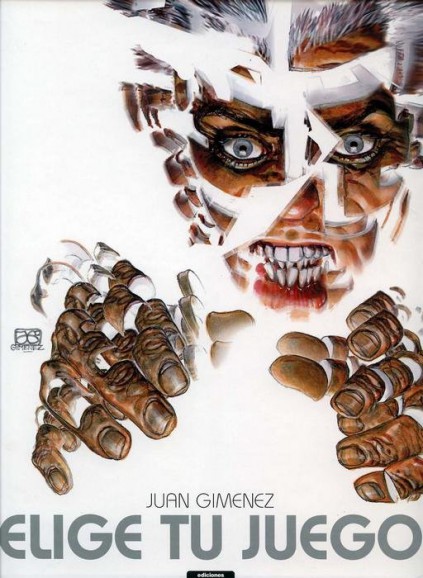 Juan Giménez has transmitted his passion for technology to all of his works, managing to «all his metallic dreams with his own soul and life». In fact, most of his work revolves around science fiction, his stories and drawings are charged with the essence of sci-fi. However, there are some exceptions of the most exciting and interesting.

One such exception was when Giménez surprised us with castles, swords, and dragons with the wonderful trilogy “Yo, Dragón”

“Yo, Dragón. El Fin de la Génesis”, the first volume of the trilogy, was originally published in France by Dargaud-Lombard. It was later published in Spanish by Norma Editorial in April 2011 . It is a fantasy story in an imaginary year 1280, with knights in powerful armor, besieged castles, hidden secrets, palace intrigues similar to Games of Thrones.

In 2013, Norma Editorial brought out the second part of the trilogy “Yo, Dragón. El Libro del Hierro”. In these unique comic books, we get to enjoy his inimitable water colours, while praising his immersion in a genre he was hitherto unfamiliar with. He had this great ability to create torment characters with values ​​as well as dark secrets that were insinuated, though not revealed. 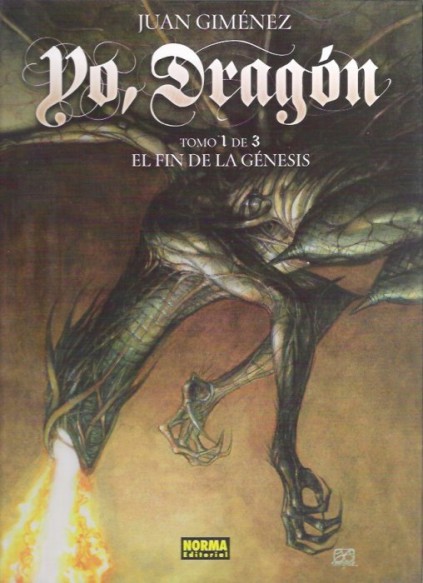 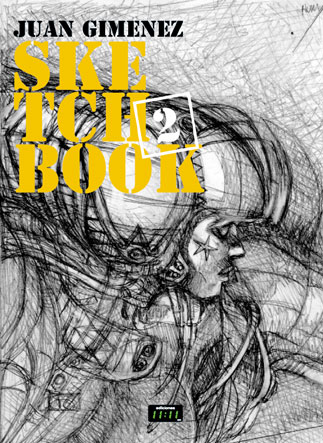